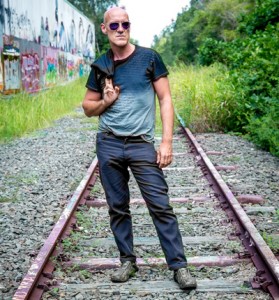 Grant entered the voiceover world after conceding to years of proposals urging him to accept that he was cut out for the role.  Upon stepping up to the challenge he was immediately sought by industry professionals for his powerfully compelling sound.

For almost half a decade, Grant serviced his clients from his own well appointed studio on the North Coast of New South Wales.  He has performed for a vast array of TV and radio commercials which have aired all over Australia, representing both major and minor brands alike and has voiced numerous in-house productions for a variety of corporate campaigns.  In 2015 he moved to Sydney where he was signed up by representative agents, Blah Artist Management.

From his inception into the voice industry, Grant has maintained a keen pursuit of rigorous training in a one-on-one capacity under a number of the world’s most prominent voiceover legends, inclusive of time he has spent in the USA to facilitate his endeavour to rank best in his category.

The hundreds upon hundreds of reads he has carried out under stringent supervision, along with the innumerable performances he has executed in a professional capacity, have catapulted Grant years ahead of his time giving him a striking edge of quality which is second to none.  He is a precisionist at his craft and works particularly well to direction, though equally able to self-navigate where required.  He is highly industry savvy in ever particular and is spontaneous to every inflection, intonation and nuance demanded of him.